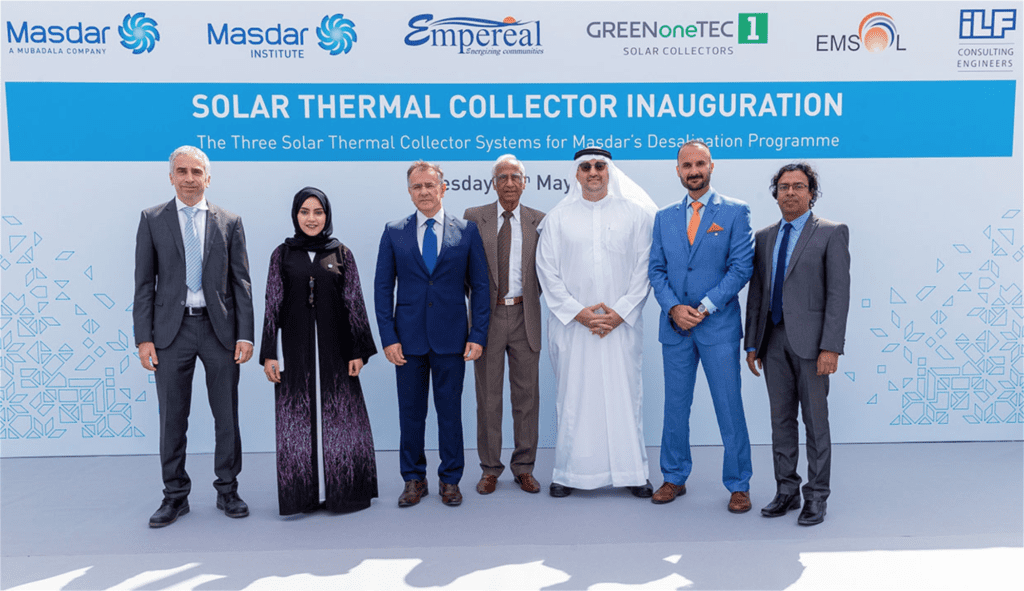 Three solar thermal collector systems, each supplied by a different specialist have been installed at the site of MASDAR’s Renewable Energy Desalination Program in Ghantoot. The technologically advanced systems capture the heat of the sun to drive the seawater desalination process as an alternative to burning natural gas. Empereal Energy Services is one of the participants in the trial.

The three solar thermal collector systems each provide process heat with a temperature of around 95 degrees Celsius, which is ideal for the desalination process. The objective is to monitor how the technology performs in order to better understand how it can optimise the desalination process, as well as to gauge its suitability for other potential uses.

Manoj Divakaran, Founder Director of Empereal Energy, said: “Tapping heat energy from the sun to meet the thermal energy requirements of various processes like desalination is very viable for this region and we are delighted to be part of this futuristic initiative by MASDAR.”

The project is listed as MASDAR Desalination on our project page. 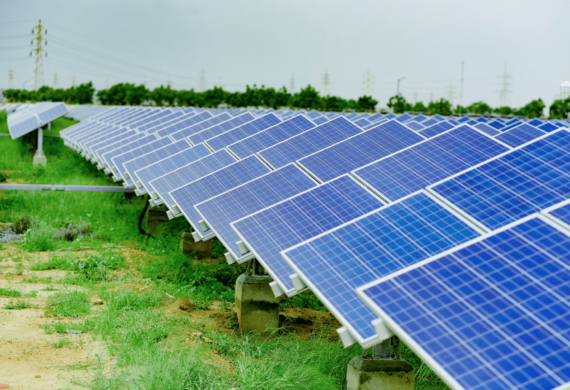 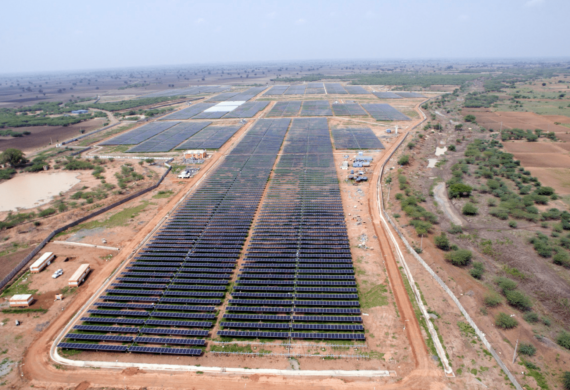 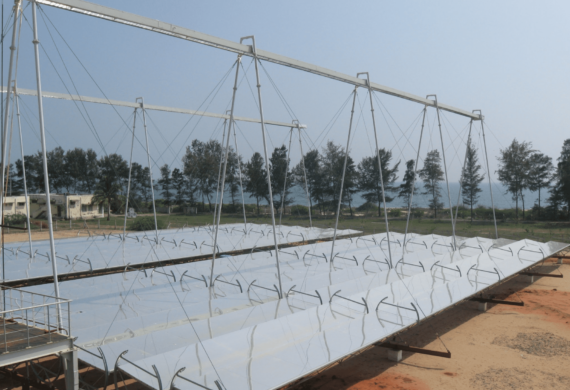